June is LGBT Pride Month, and these photos celebrate the love and joy that partnership can bring. Recognition and acceptance are the fruits of a long and difficult struggle, and while there is still progress to be made, perceptions are changing for the better. However, with our eyes looking to a hopeful future (like these couples), we must not forget the past, and those who fought for the rights that some (but not all) LGBT communities enjoy today. The Stonewall riots that began after a police raid on a LGBT-friendly hotel in New York City on the morning of June 28, 1969 pushed LGBT activism into the mainstream. Brenda Howard, known as “The Mother of Pride,” coordinated the first LGBT Pride march a year after the riots, and Pride month was born. US President Barack has officially declared Pride Month every year he has been in office (By: Boredpanda).
Lina And Moe
Advertisement
123 Next 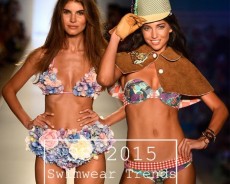